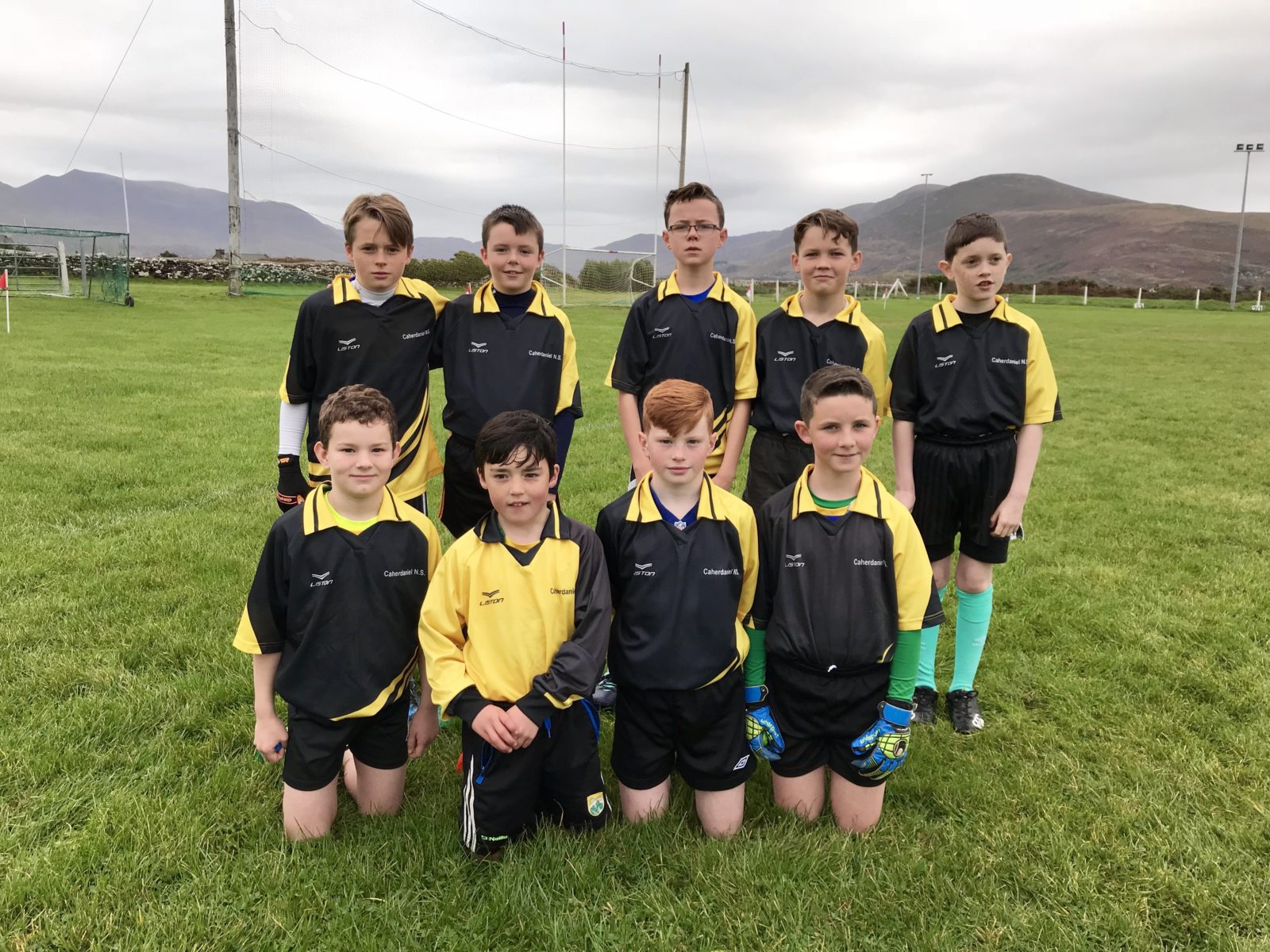 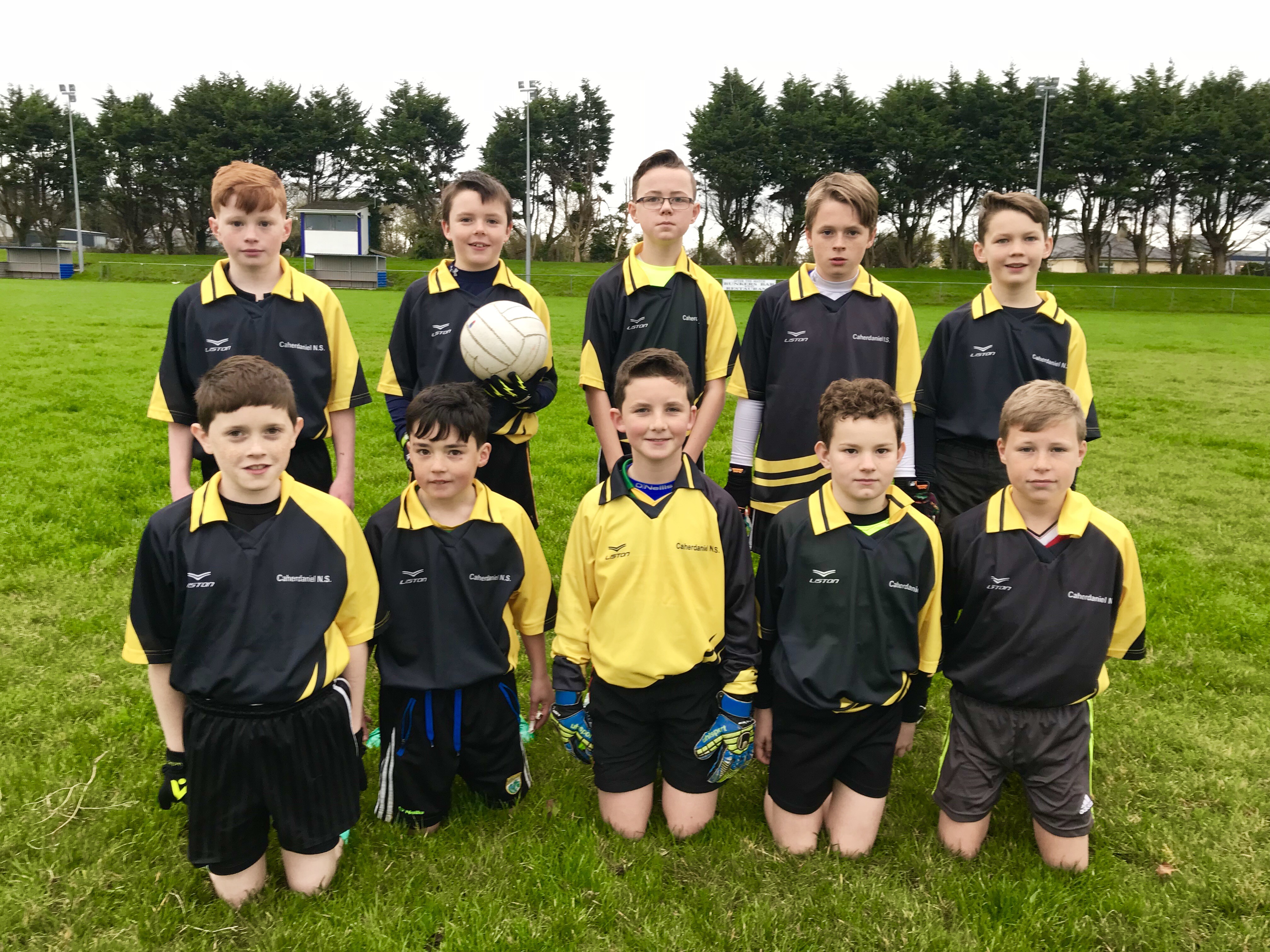 Congratulations to our school boys’ team on winning the South Kerry two teacher competition on October 6th. A fantastic team effort by all today winning their three games. These boys will now go forward to represent South Kerry in the next round. 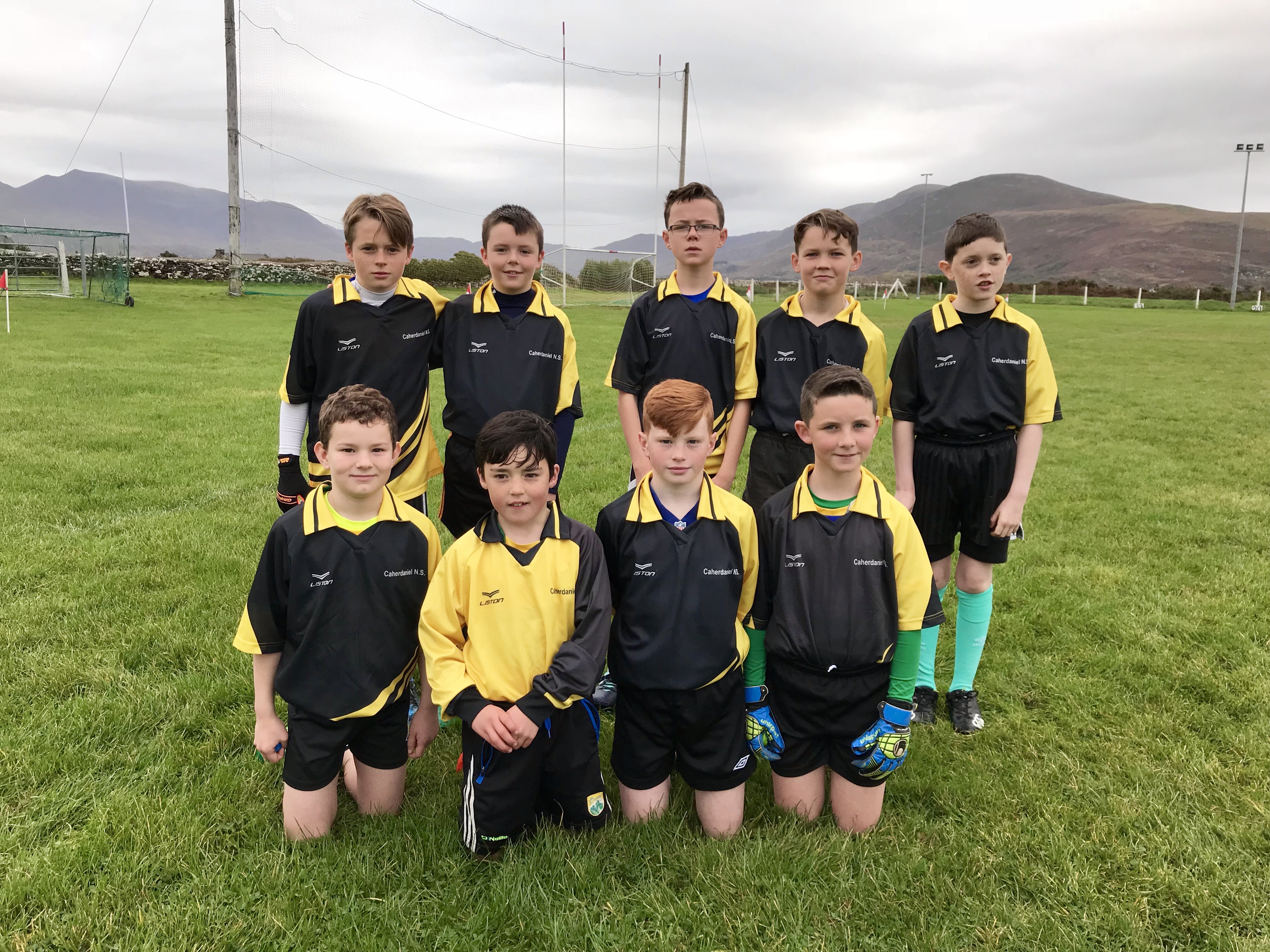 Today, the boys lost out narrowly to Cloghane NS Castlegregory in the County Semi Final. After a difficult first half against both the wind and a very physical opposition, they stormed the second half to finish only three points down. The boys did their school , family & themselves proud showing great courage & determination until the final whistle sounded.

We were delighted to have great support on the sideline from parents & pupils along with the expertise of James Mike O’Sullivan & our own Deirdre Corridon.

Thanks to everyone who made the journey to Killorglin & a special thanks to Leonard O’Sullivan for the wonderful lunch & hospitality provided at the Ring of Kerry Hotel. It really helped cheer up the team after the game .

Kerry legend Maurice Fitzgerald was also on hand to offer some words of wisdom & encouragement to the boys ! ??? 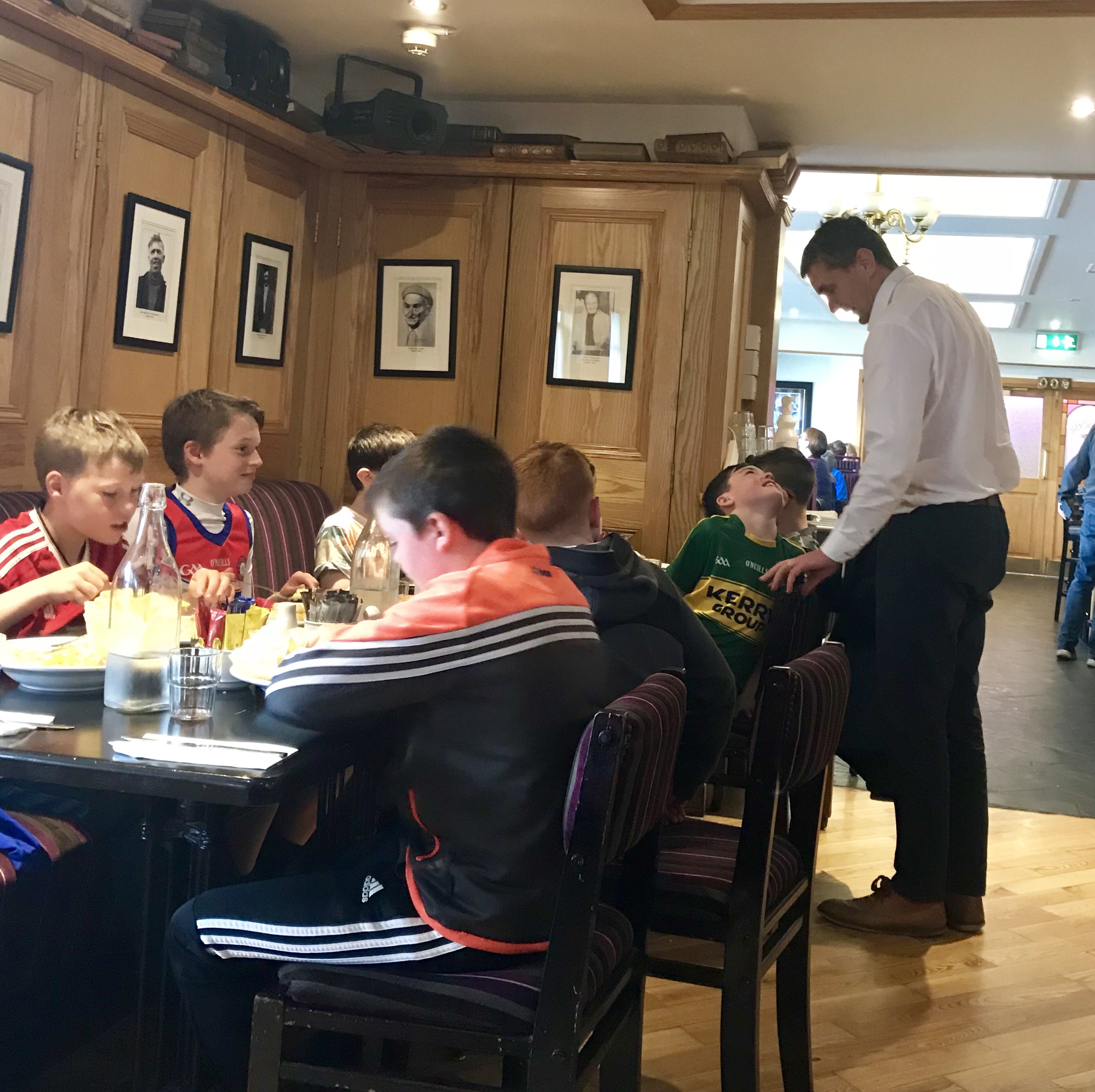