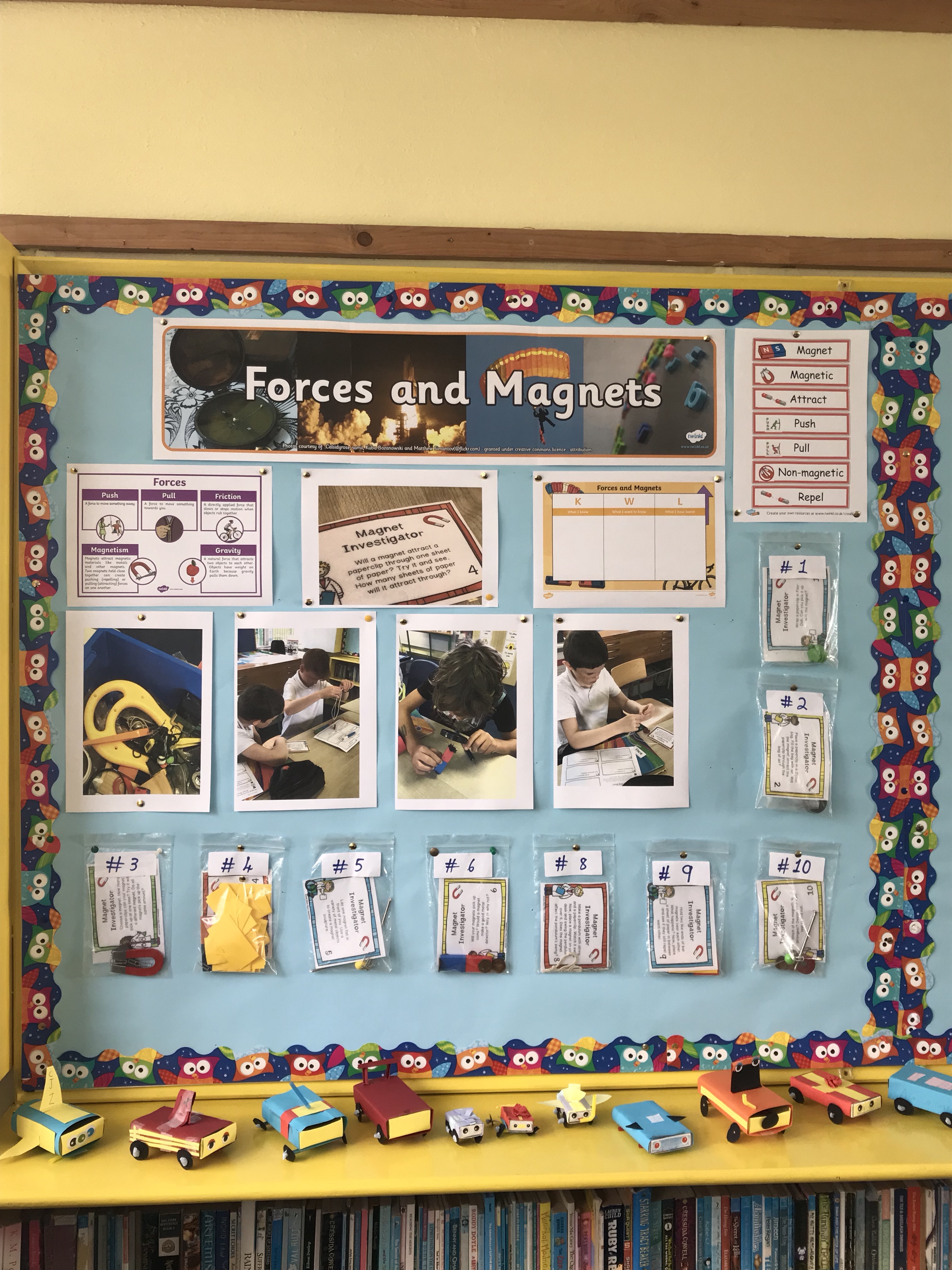 Senior room pupils have been learning lots about forces & magnetism.

Playing with magnets is one of the first bits of science most children discover. That’s because magnets are easy to use, safe, and fun. They’re also quite surprising. Remember when you first discovered that two magnets could snap together and stick like glue? Remember the force when you held two magnets close and felt them either attract (pull toward one another) or repel (push away)? One of the most amazing things about magnets is the way they can attract other magnets (or other magnetic materials) “at a distance,” invisibly, through what is called a magnetic field. 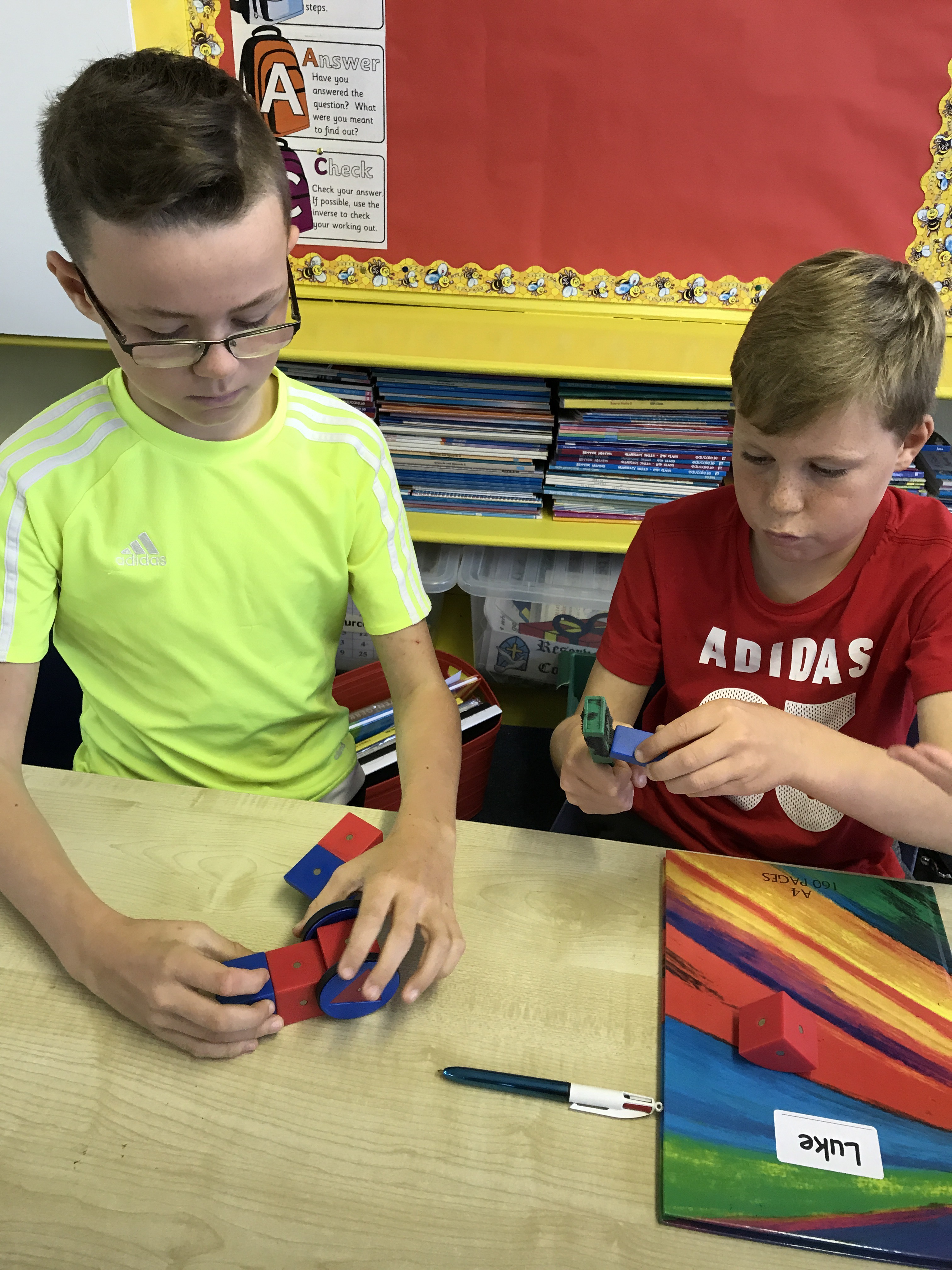 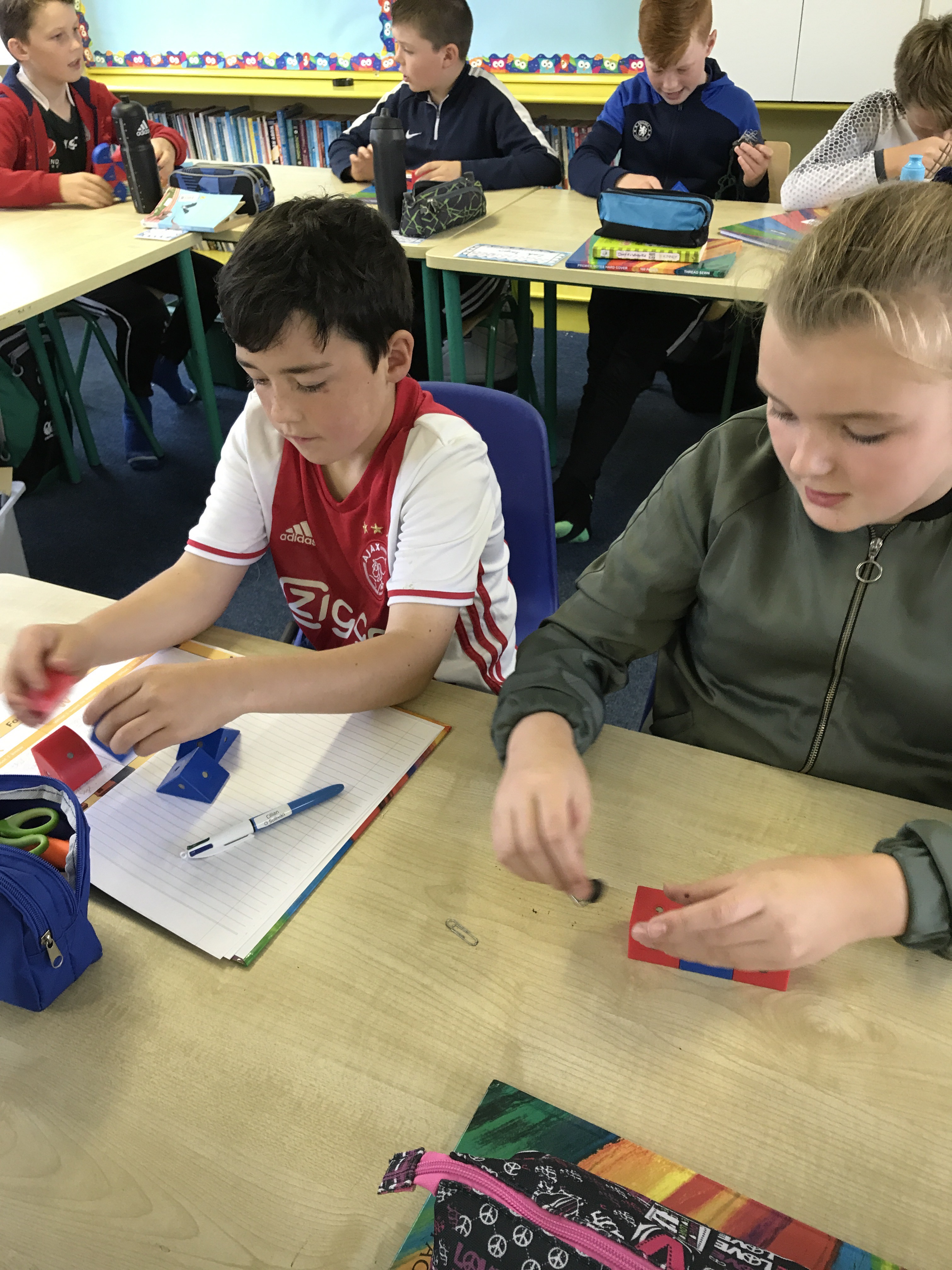 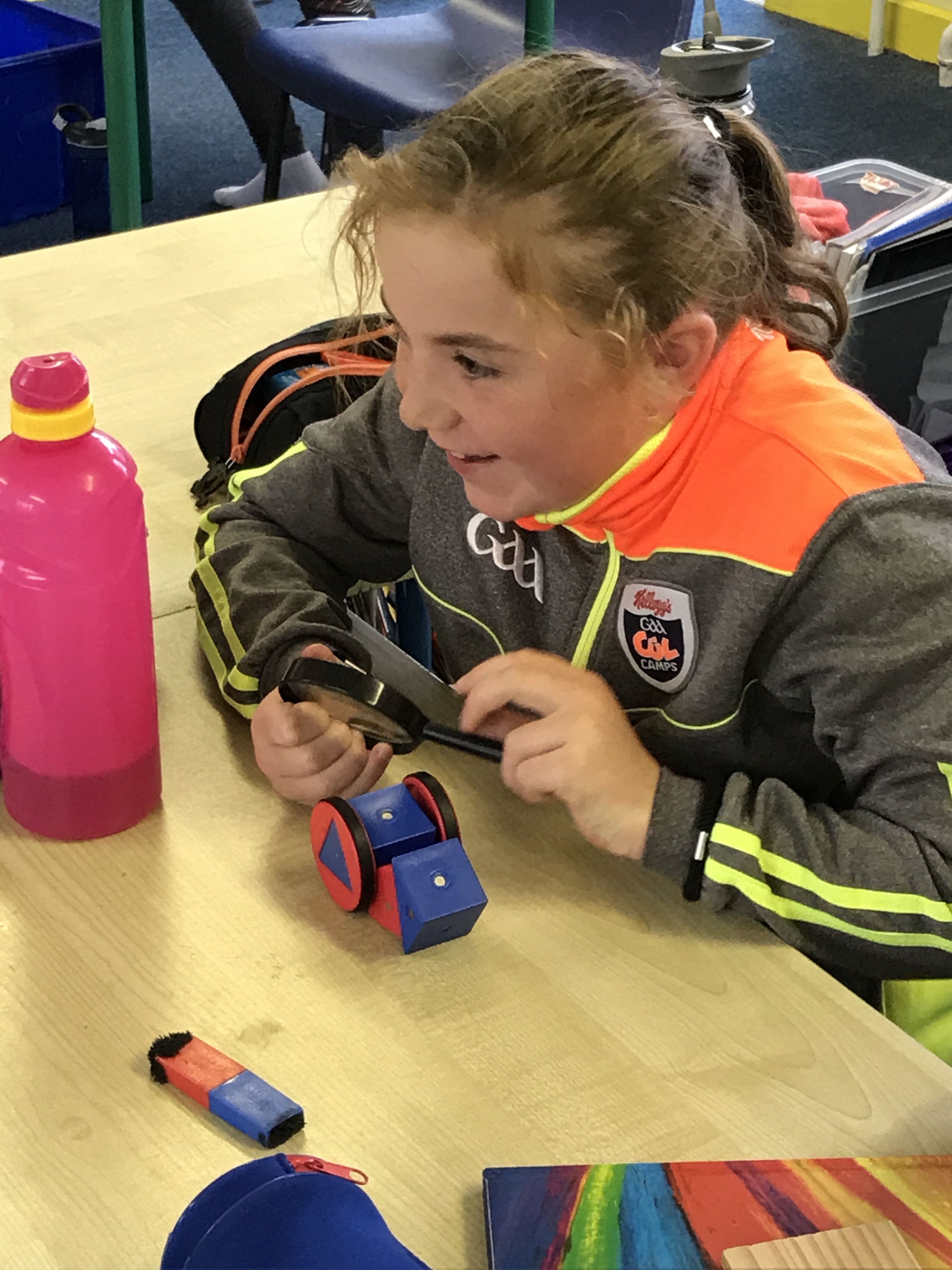 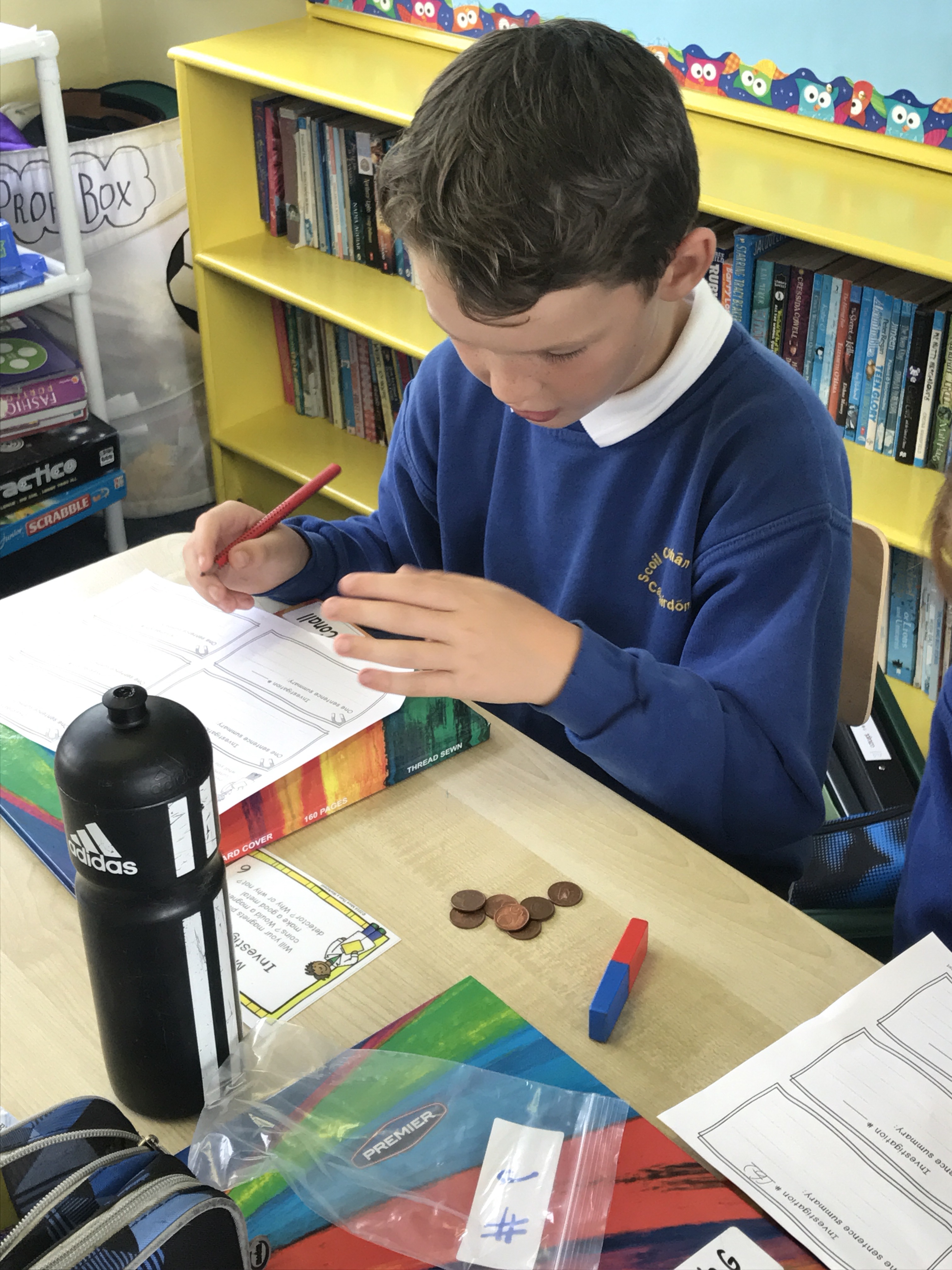 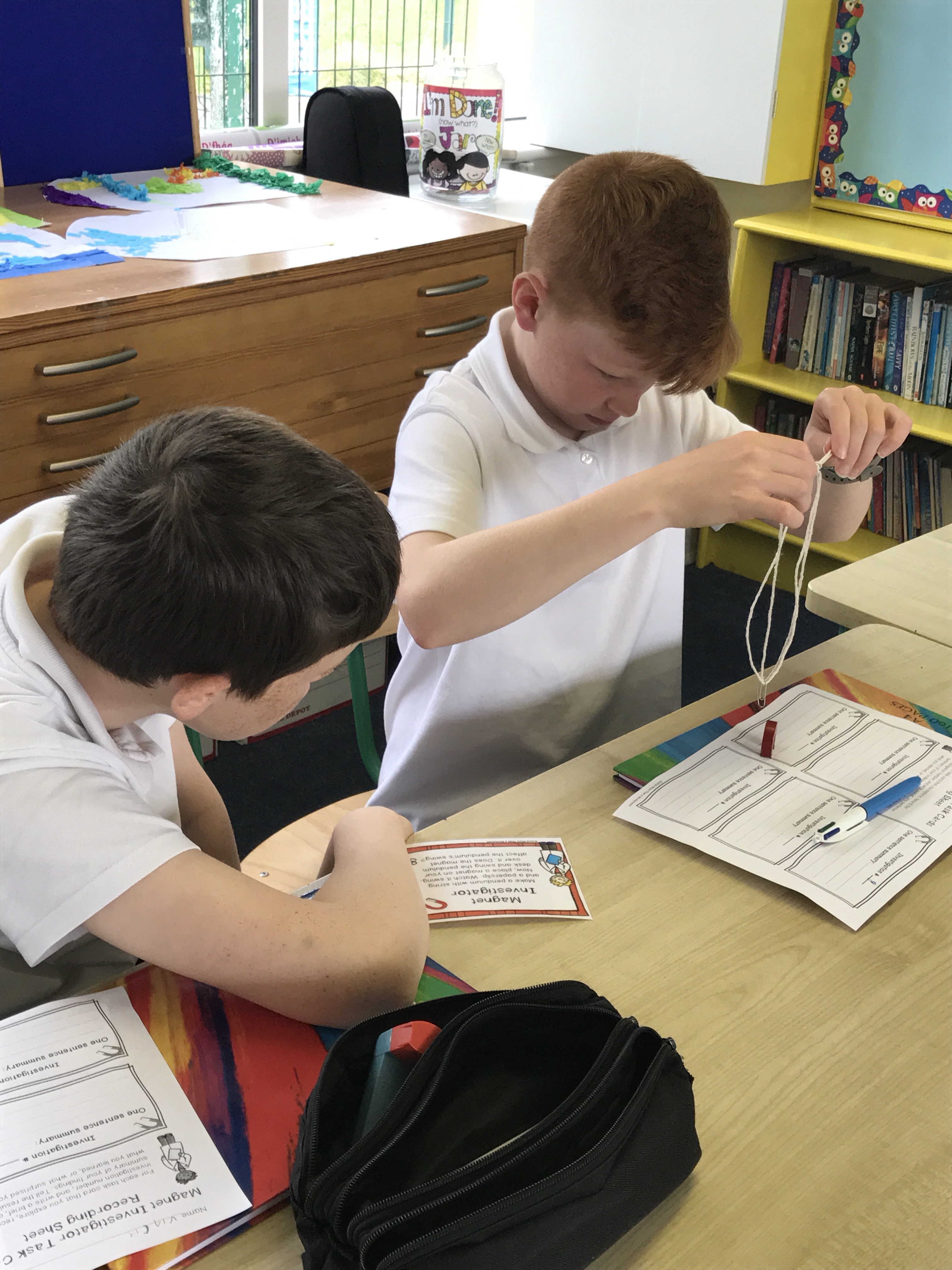 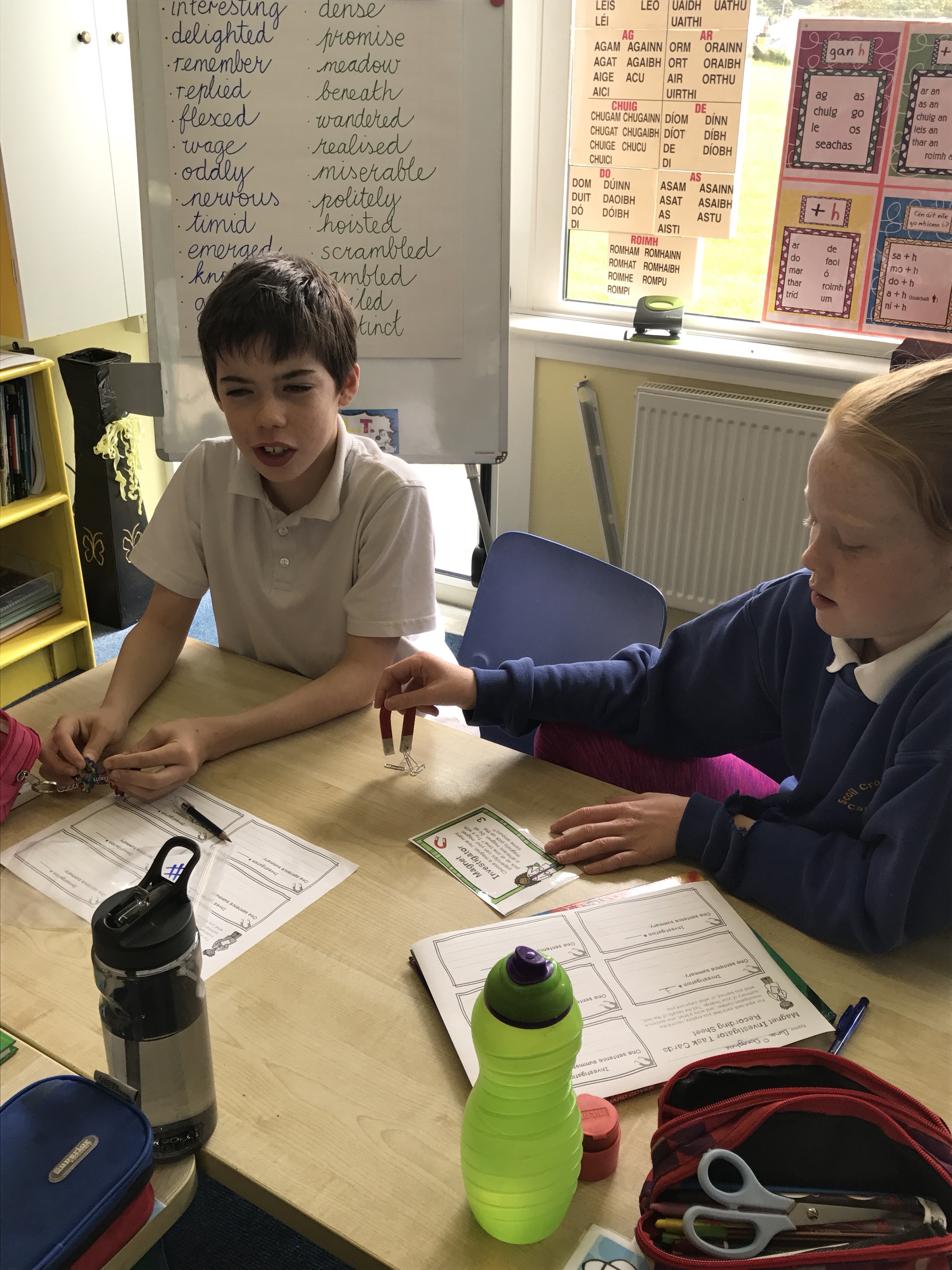 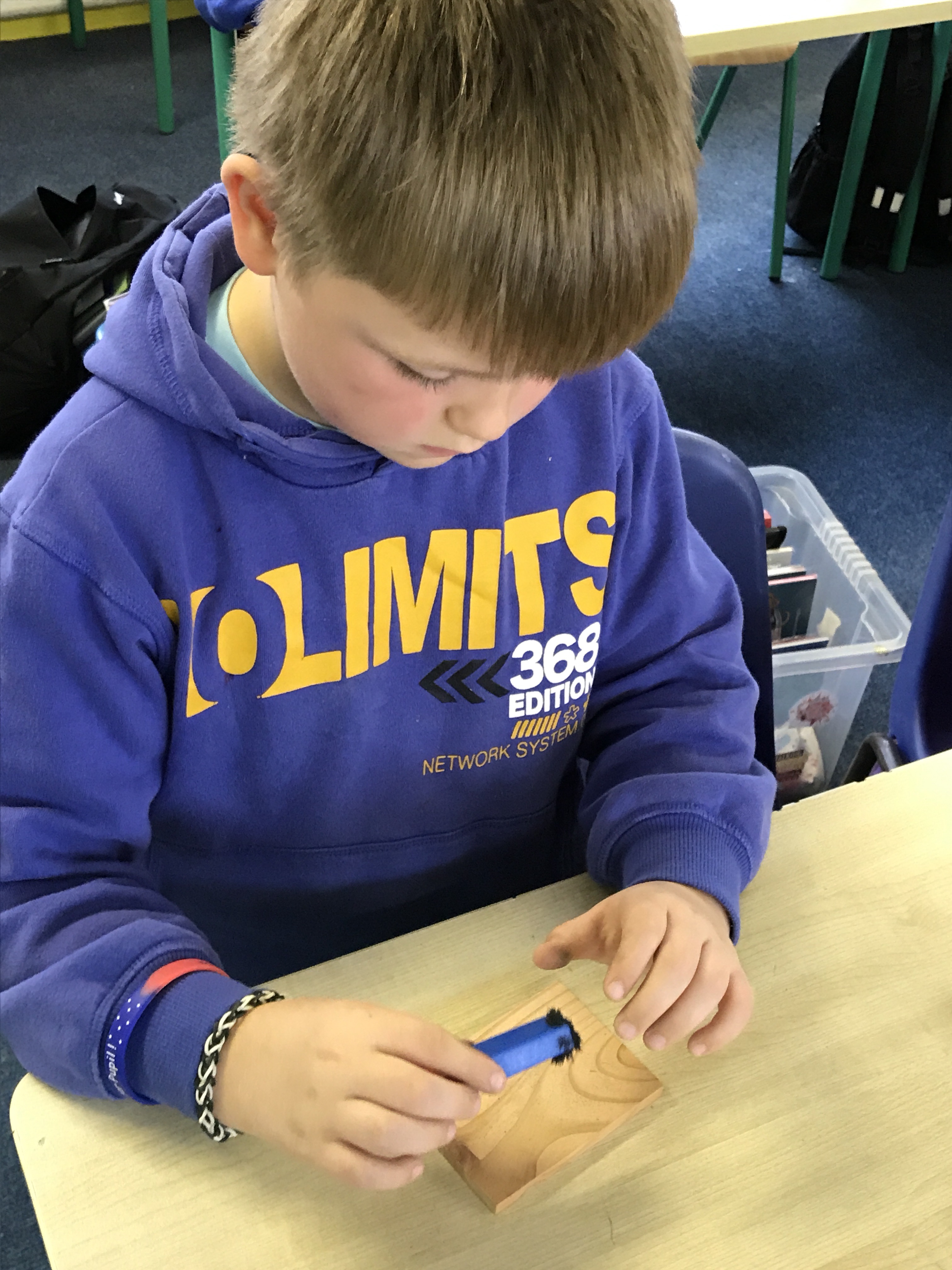 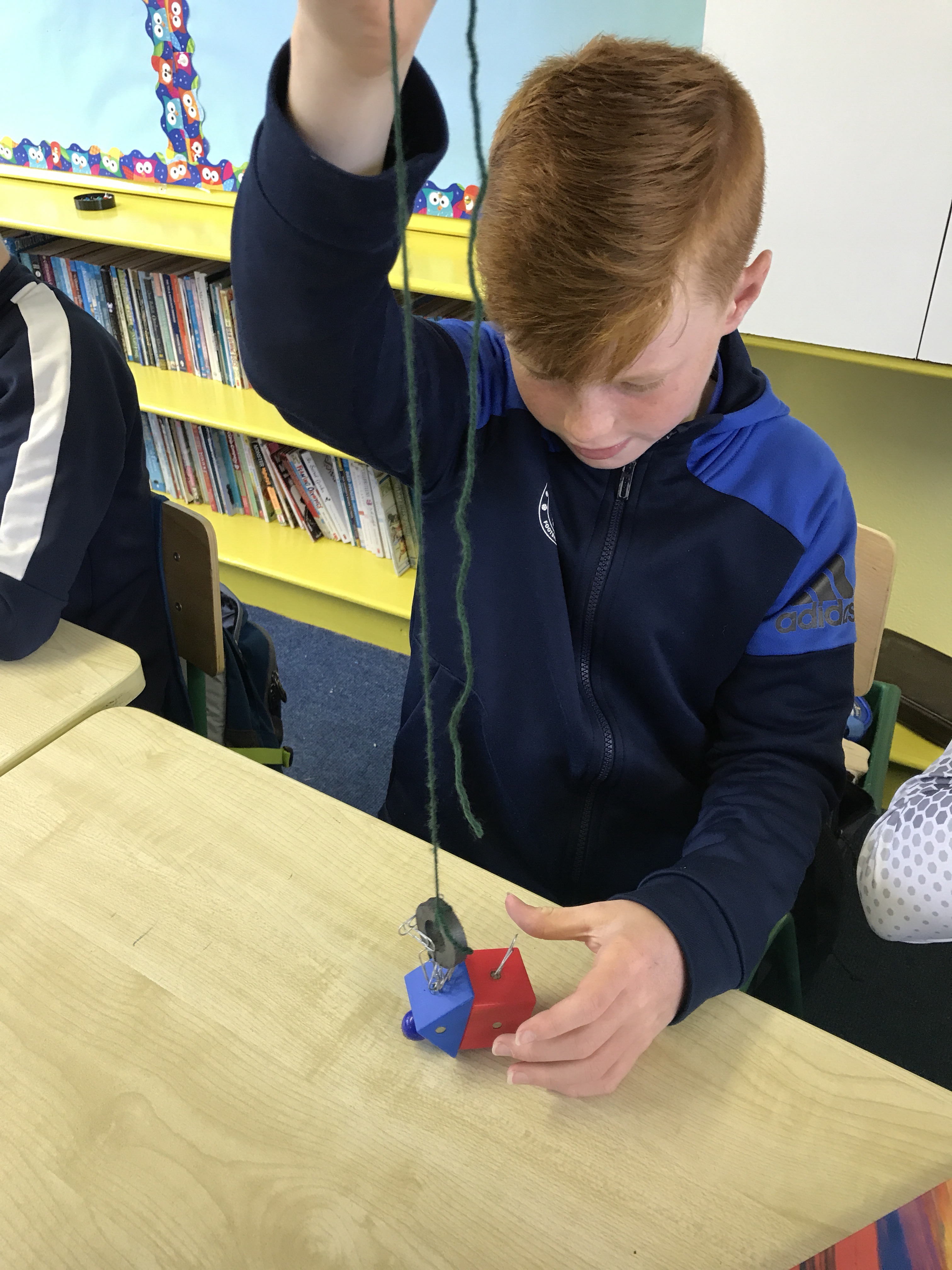 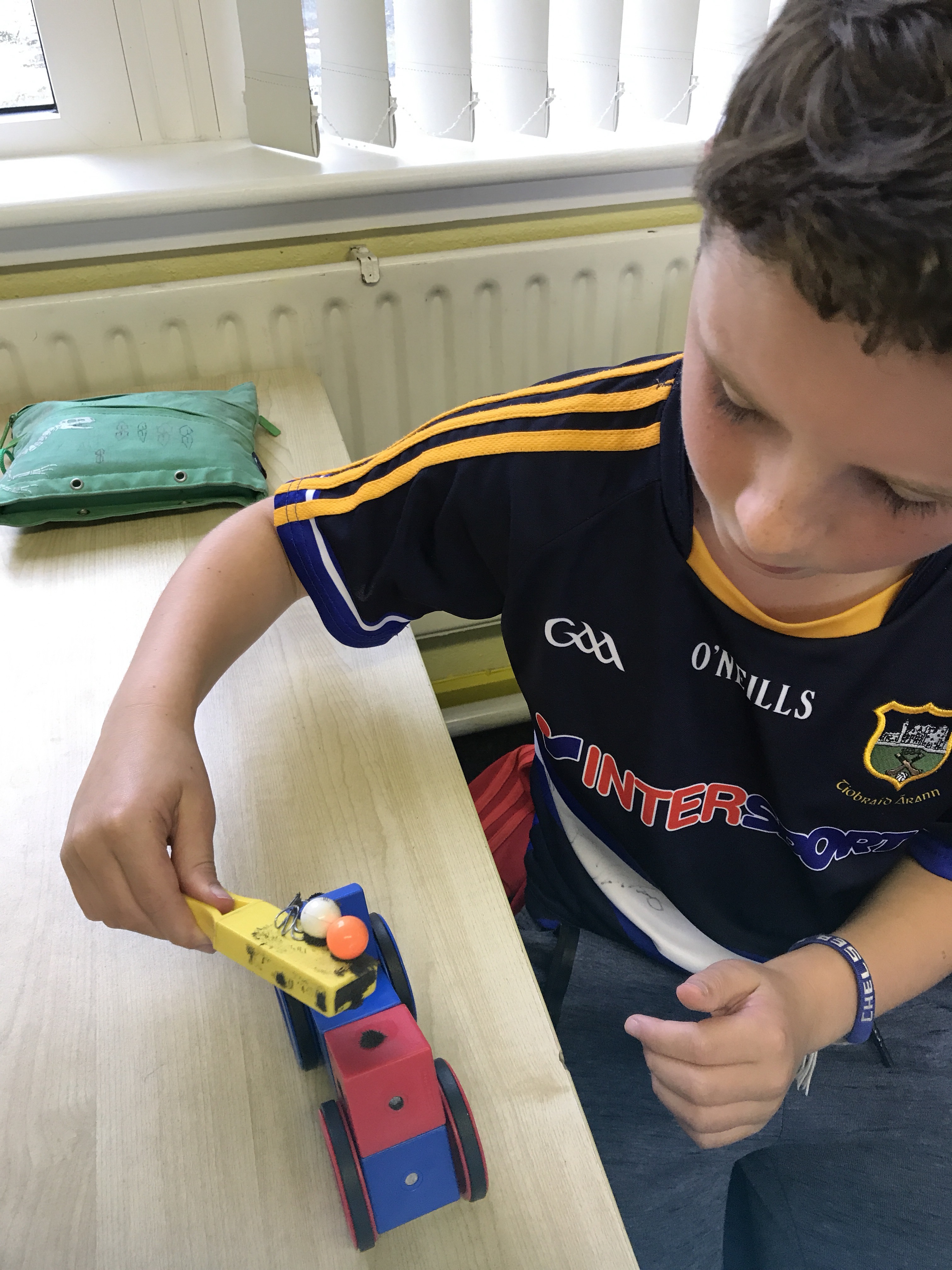 You cannot see the magnetic force around a magnet, but you can see the effects of its presence when an iron nail sticks to a magnetic field of a bar magnet!  The shape of a magnetic field can be seen by using tiny, powderlike pieces of iron, called iron fillings. I think this was one of the children’s favourites ? !

A magnet creates an invisible area of magnetism all around it called a magnetic field.

The north pole of a magnet points roughly toward Earth’s north pole and vice-versa. That’s because Earth itself contains magnetic materials and behaves like a gigantic magnet.

If you run a magnet a few times over an unmagnetized piece of a magnetic material (such as an iron nail), you can convert it into a magnet as well. This is called magnetization.